Home   /   Beyond the handicap – Etienne Caprin

Beyond the handicap – Etienne Caprin 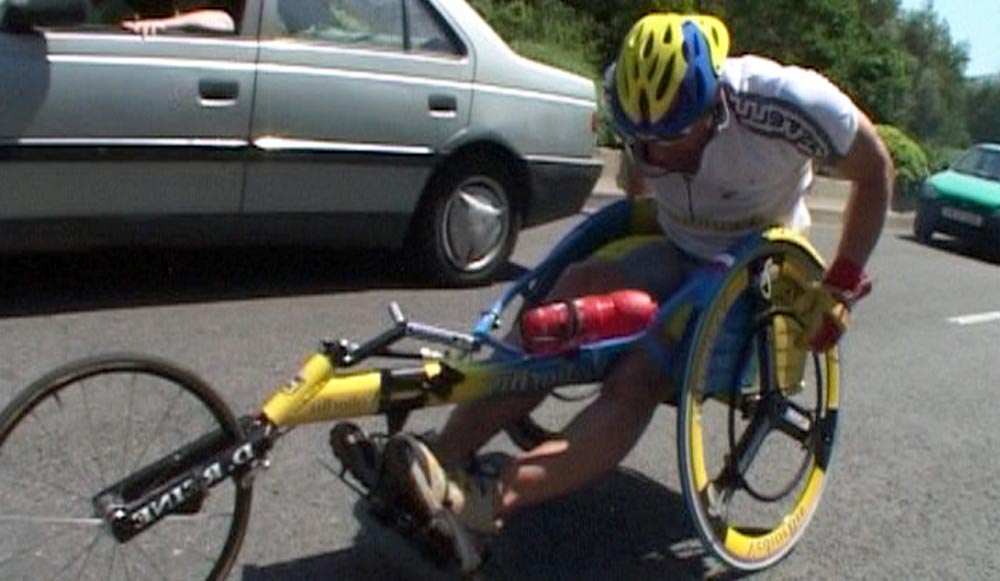 After a bad operation of the knee which had for result the immobilization of his leg, the triathlon’s athlete, Etienne Caprin, must one day be solved to integrate the Handisport category.

Consequently, a certain need of « revenge » gives to him uncommon mental and physical new forces.
He pushes his limits thanks this obstinated desire of revenge on a destiny which he always considers like « unjust ».

Swimming only carried to the arms forces, a left leg forced to double strength on the bicycle, and after a race in a wheel chair.This athlete’s attitude generates the respect and the admiration of the public who follow him all along his competitions.

Etienne Caprin many times has been Handisport’s Triathlon World Champion.

Thanks his many victories, he disturbs the quiet Handisport’s world.

Only the media still remains deaf to this marginal discipline and these victories.

This film tells a season spent with Etienne Caprin. We follow him triathlon by triathlon, sufferings by victories. A diving to the French Handisport’s World.”