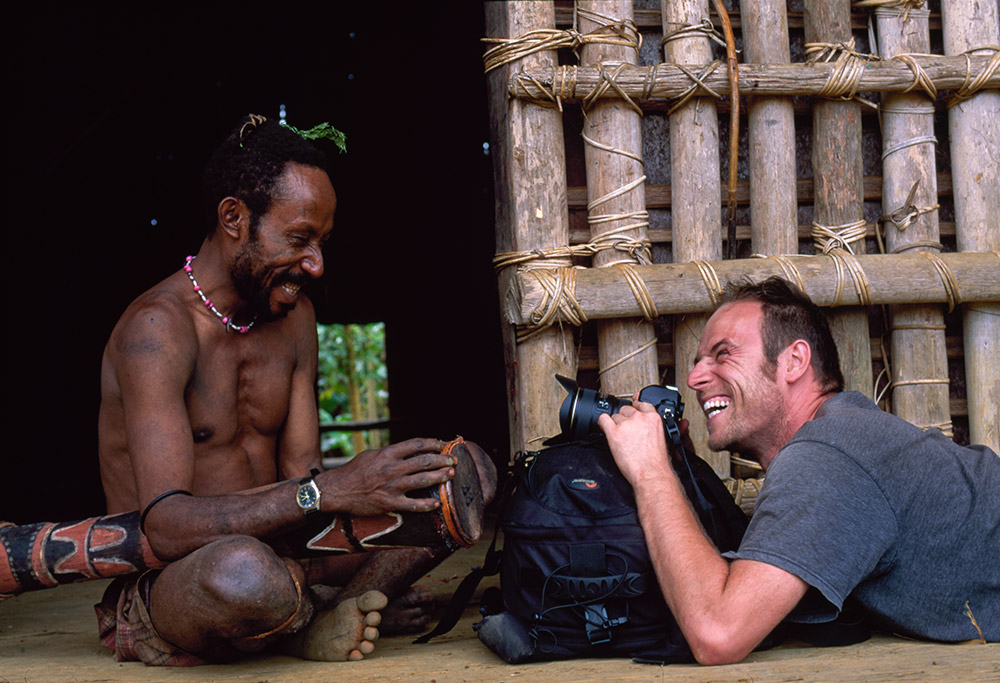 The Q’eros of Peru, the Handzabe of Tanzania, the Waura of Brazil or the Kalulis of New Guinea… The most beautiful photographic accounts of traditional societies are always the fruit of a great love story between a photographer and his or her corner of the world.

Specialists in a region (South America, Africa, Oceania…), each photographer is amongst the tops in their field. Each one has a strong story that binds him or her to a peoples at the end of the earth, as well as a philosophy on travel and an artistic universe that is their own. Each of the film directors who will be following these pho- tographers have also created their own artistic universe. Thanks to the association of these two sensibilities and the complementarity of their artistic perspective, we will discover the daily life of ten communities in a totally different part of the world than ours, ten stories of people and strong friendships and all that through the filter and insight of five filmmakers and five big names in French and international photography.